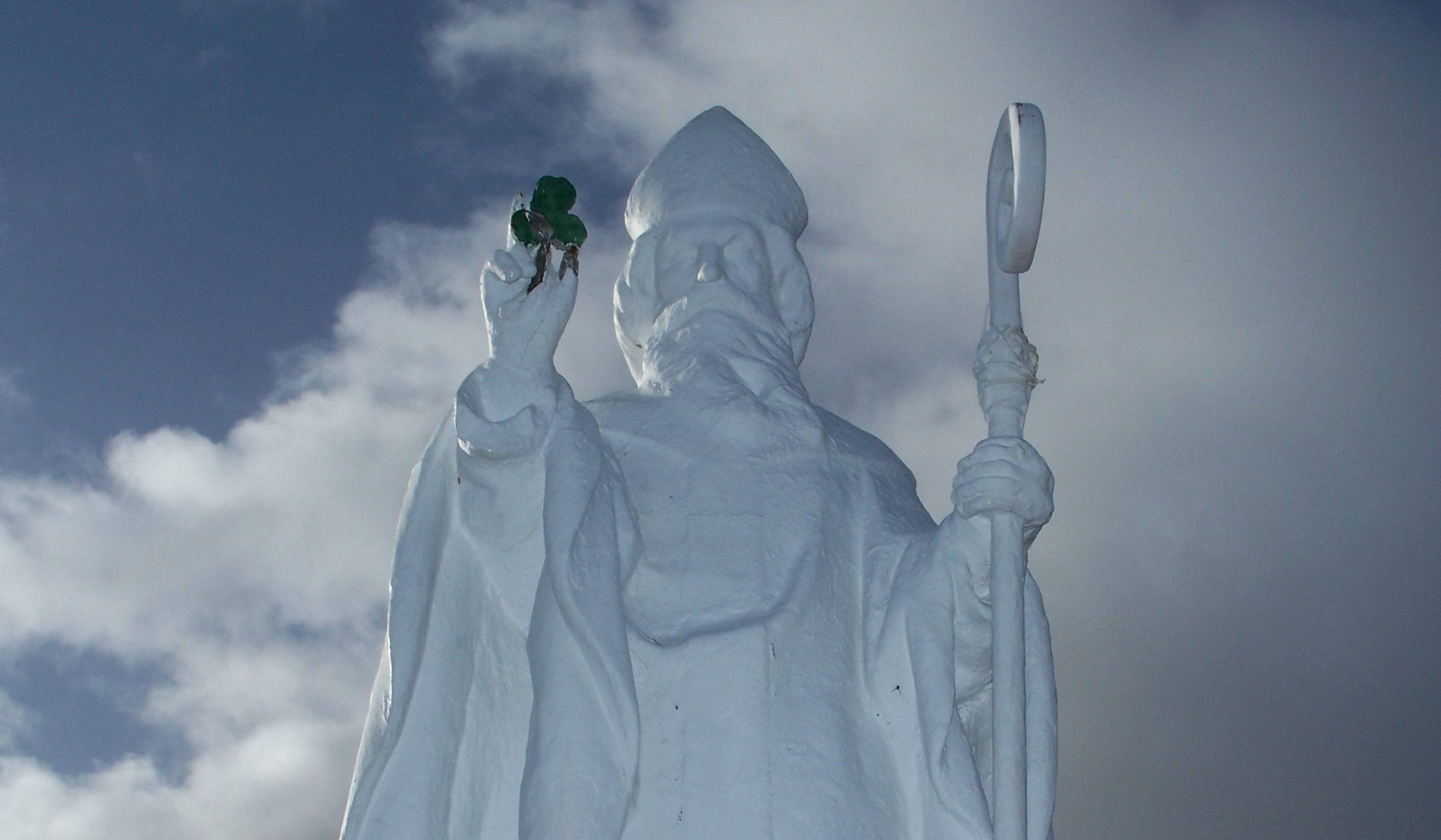 March is Irish-American Heritage Month here in the States and right in the middle of it all is the wonderful celebration of St. Patrick's Day.  I have enjoyed this holiday for as long as I can remember but I recently asked myself….just how much do I know about St. Patrick?? After a long day (or two) of reading and research, I discovered that there was a whole lot I didn’t know. And while this blog isn’t intended to tell you everything about St. Patrick, (his Wikipedia page alone is over 7,000 words), I want to share with you what I found to be most interesting along with my own thoughts about the role Patrick plays in Irish history and culture.

Let’s start with the basics...

“My name is Patrick. I am a sinner, a simple country person, and the least of all believers.”

In his own words, the man we know as St. Patrick sounds like he didn’t necessarily consider himself patron saint material.

Born in Roman Britain, Patrick (who referred to himself as Patricius) was taken prisoner by Irish pirates at the age of 16 and brought to Ireland with thousands of others where he primarily tended animals for his master, a Druid priest named Milchu. According to his own words, Patrick believed he was enslaved as a test of God due to his lack of faith. Over his next six years in Ireland, he became enlightened by “such great blessings and such a gift that the Lord so kindly bestowed in the land of my captivity”. After escaping and returning to his family in Britain, Patrick began having visions which in one he heard a group of voices say, “We beg you, holy boy, to come and walk again among us.”

After becoming a priest in France, it is believed he returned to Ireland around 432 as a newly-ordained bishop and Christian missionary and remained there until his death. While St. Patrick is credited as being the founder of Christianity in Ireland, some missionaries made it to Ireland before he did, most notably Palladius. Once back in Ireland, he supported those already converted, baptized thousands, and is often referred to as “The Apostle of Ireland”. 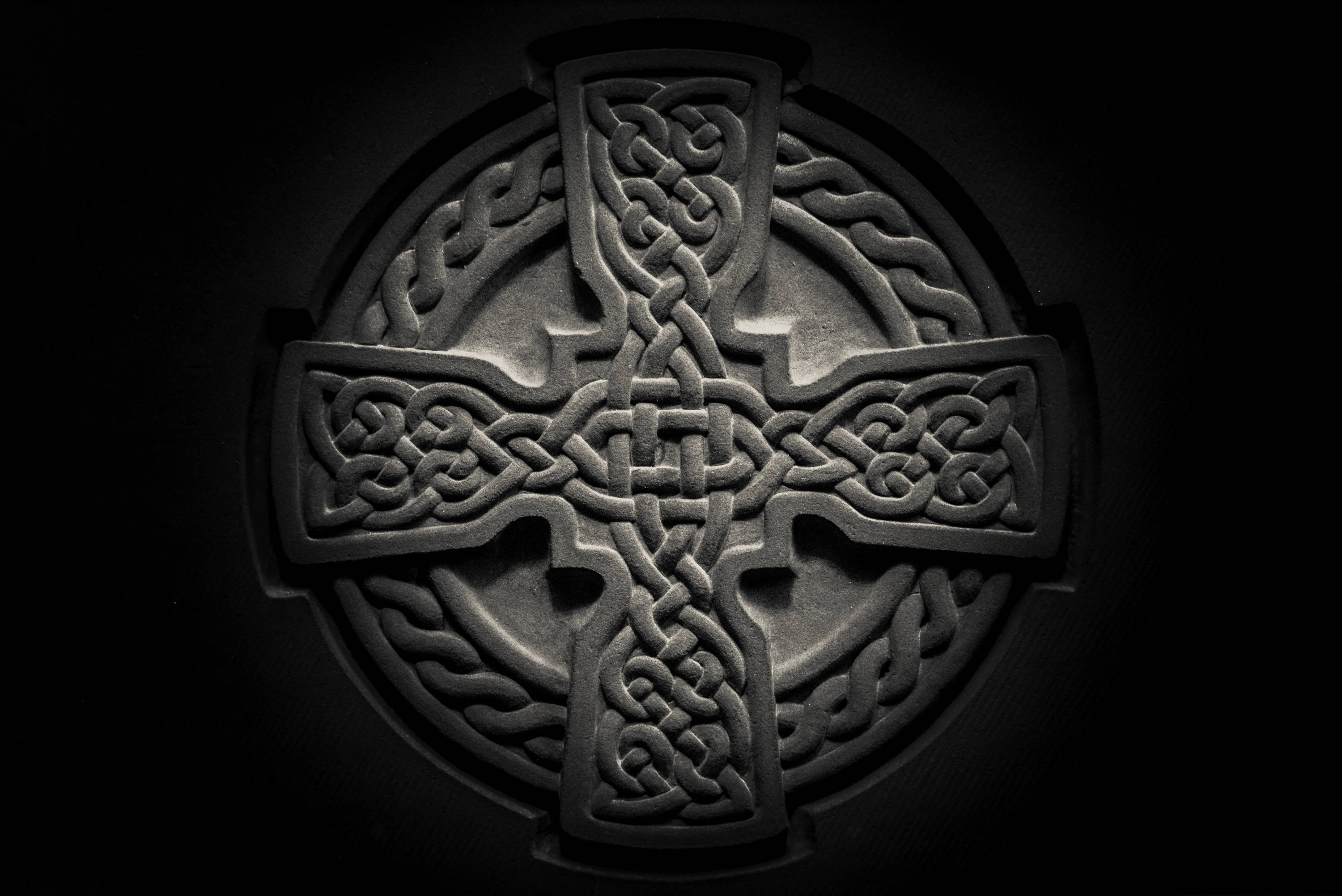 How Much Do We Know About Him?

There is much we don’t know about Patrick including his birthplace, the exact years of his life, and his true name. It is believed that he was the child of Calphurnius and Conchessa and was born in modern-day Wales or Scotland. The biblical passages he references in his writings coincide with the late 4th-century Vulgate translation of the Bible so it’s clear this translation was already in use during his lifetime. His birth year is circa 386 and his death is estimated to be March 17, anywhere from the year 460 to 493. As for his name, collections on the lives of saints written between the 7th and 9th century suggest a multitude of possible first and last names such as Magonus, Maun, Maewyn, Succat, Succetus, and Cothirthiacus. 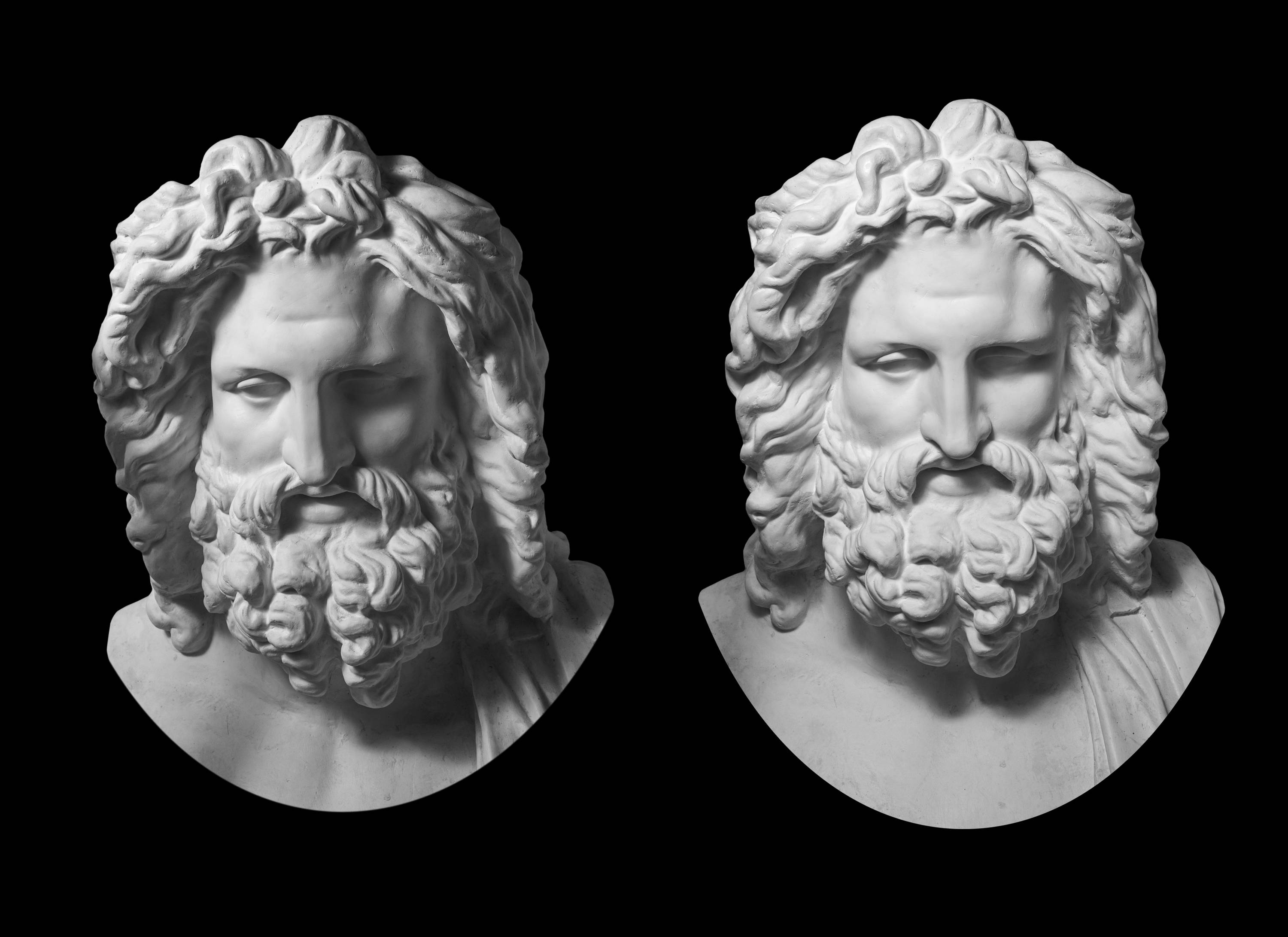 In 1942, Irish scholar T. F. O'Rahilly published a book titled “The Two Patricks: A Lecture on the History of Christianity in Fifth-Century Ireland'' proposing that St. Patrick continued the mission of Palladius, the first bishop to Christians in Ireland, and that the accomplishments attributed to St. Patrick are actually shared by both. Witty and thorough dissection of this theory can be read at The History Press’s article, “The solution to the ‘Two St Patricks’ theory”.

Or you can purchase your own copy of O’Rahilly’s book and draw your own conclusion.

There are two surviving texts believed to have been written by Patrick himself. To truly analyze who he was, many scholars believe that his own written words should be relied upon to formulate a biography - both in the story he tells and what can be deciphered about the time in which he lived in based on his writings. 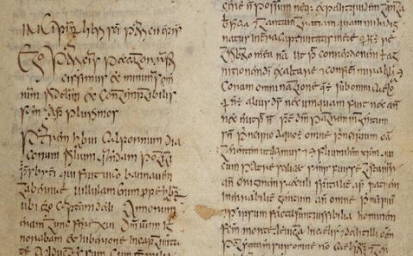 © Board of Trinity College Dublin

Epistola (Letter to the soldiers of Coroticus) was written in response to the enslavement and murder of Ireland’s new Christians by the “barbarians” in Britain. Patrick denounces “those whom the devil so deeply ensnared” and asks that they be shunned by all until they have released those in captivity and have repented for their actions. He goes on to rejoice that the newly baptized who were killed are now martyrs in heaven.

Confessio, Latin for “confession”, tells Patrick’s own story of finding his spiritual way during his servitude in Ireland. He is humbled by this calling and genuinely believes that his Christian mission is for the betterment of the Irish pagan people.

There are 8 known manuscripts from the 9th to 12th centuries that include St. Patrick’s “Confession” in the written collection.

Both Epistola and Confessio can be read in their entirety (and in 6 different languages!) at www.Confessio.ie, home of the Saint Patrick’s Confessio Hypertext Stack Project. At this site you will also find “The Staff, the Snake and the Shamrock: St Patrick in Art”. This comprehensive resource by Rachel Moss teaches how St. Patrick has been depicted over the centuries.

The Man, the Myth, the Legend

Like many influential figures in history, so much of what we believe to be truth was written by others long after the death of the person. In the late 7th century biography Vita sancti Patricii by Muirchú, the much unknown story of St. Patrick is embellished by the author’s commitment to the mission of Patrick and the continued conversion of Ireland to Christianity. Muirchú’s staggering hatred for the “strange, barbarous and heathen” pagan people of Ireland is painful to read but he was most likely in the majority at the time. His text reads like Old Testament vengeance with Patrick willing instant and painful death to the non-believers...and according to Muirchú, God abided. This biography can be read in its entirety as a special feature on the Saint Patrick’s Confessio Hypertext Stack Project website.

As for the legends surrounding the story of Patrick, they are numerous and some are quite elaborate. In my research, I was drawn to the two I’ve heard the most over the years:

Explaining the Holy Trinity with a Shamrock 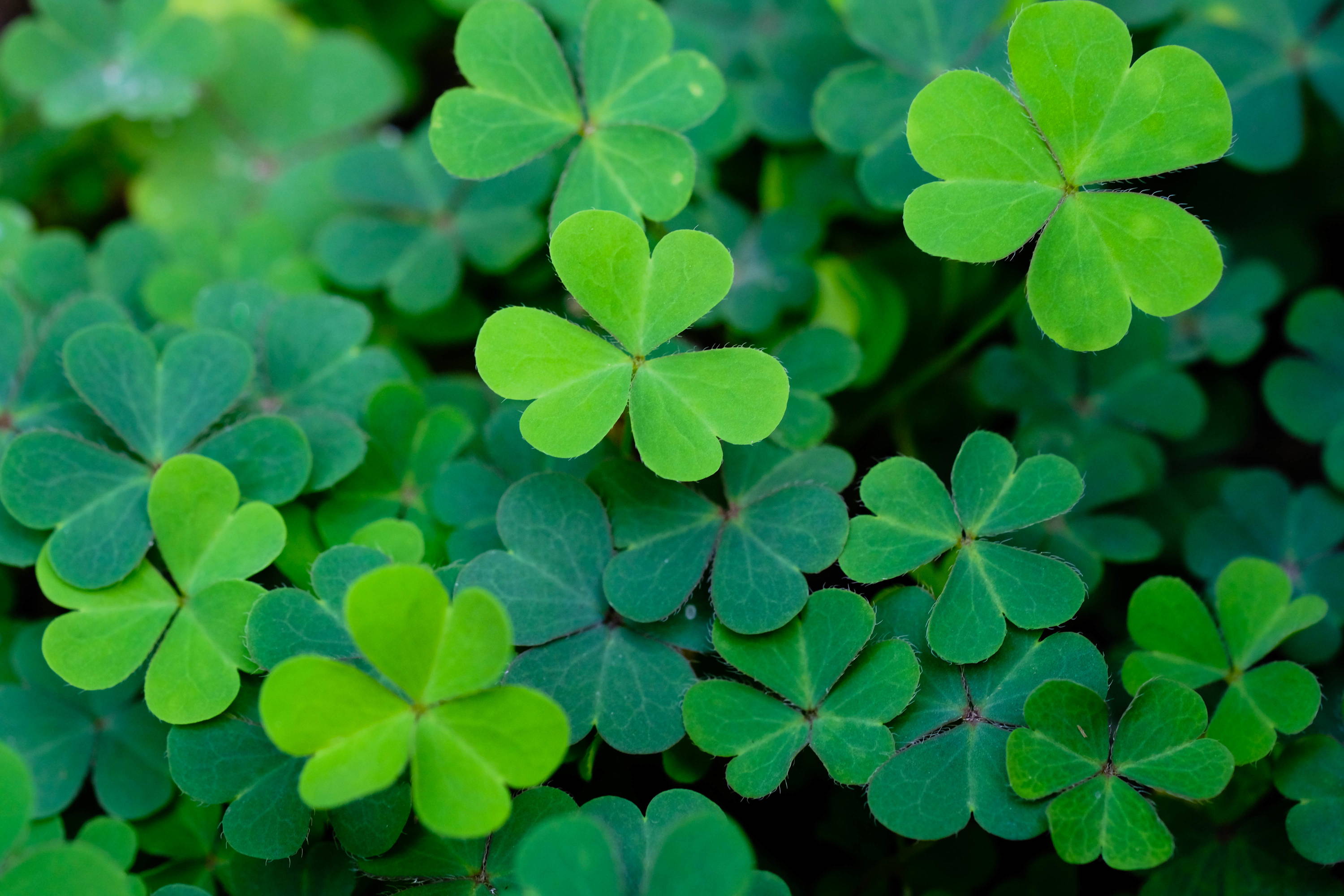 This is a myth. But Patrick is believed to have understood the importance of associating his Christian message with the existing pagan rituals such as the triskele or the Matres and Matronae and other triple deities of ancient Celtic cultures. Remember that his reported years in captivity served a Druid master. The Christianization of civilizations was supported by the correlation between the pagan chronology with Christian tradition. Then there’s the reality that the shamrock Patrick holds in his hand in the statue at the base of Croagh Patrick is a botanical conundrum! (Check out Irish Voice writer Cormac MacConnell’s hilarious “Everything you know about the St. Patrick's Day shamrock is a lie”.) Whatever the connection, the Holy Trinity legend of St. Patrick validates the celebration of the shamrock as a symbol of Ireland since the 18th century.

Driving the Snakes out of Ireland

This would be a pretty impressive accomplishment except for one thing: There were no snakes in Ireland to begin with. According to a National Geographic interview with Nigel Monaghan of the National Museum of Ireland in Dublin, Ireland was too cold for snakes during the Ice Age; once the glaciers melted, the slithery guys lost the colonizing opportunity between Britain and Ireland. Most theories around this myth suggest that the snakes symbolically referred to the pagan peoples of Ireland. I can somewhat get this theory as the non-believers (who didn’t convert) were considered evil and the devil is often associated with a serpent. That being said, I came across multiple sites and blogs that mention All Snakes’ Day, a neopagan celebration each March 17 as well as passionate debunking of the reptilian comparison.

What March 17th Means to Me

We make our own connections to St. Patrick’s Day. Our decisions on how to celebrate - or not celebrate - vary wildly among those with Irish and Celtic heritage. My personal interpretation of this holiday wears many hats.

As someone who was raised Catholic, I respect the transformative role Christian religion has played in the lives of Irish people. For Catholics now (and over the centuries), Patrick’s own words are poetic and inspirational. Despite the decline of Catholicism in Ireland, 78.3% of the population still identified as Catholic in the 2016 census.

As an agnostic liberal, my passion for religious freedom and civil liberties is substantial. The fact that some compare St. Patrick to Christopher Columbus is not lost on me. History shows us that Christianization can be a 4-letter word. The societal benefits of conversion missions have merit just as the ethnic cleansing of a religious group is horrifying. Ugh. Not my favorite topic at all.

As an Irish-American, I embrace the interest and celebration of all things Irish that St. Patrick’s Day incites. Since 1991, the proclamation of March as Irish-American Heritage Month has enhanced this appreciation of Irish and Irish-American contributions from 1 day to 31 days. (A big win for those of us who don’t necessarily agree with a day of green plastic hats and binge drinking.)

Or don't.  Totally your choice.  Either way, I hope I’ve given you some engaging food for thought. There are a significant amount of resources used in writing this blog. I’ve internally linked when appropriate and have a few more sites of interest listed below.

If you’re celebrating St. Patrick’s Day, please do so safely and responsibly.